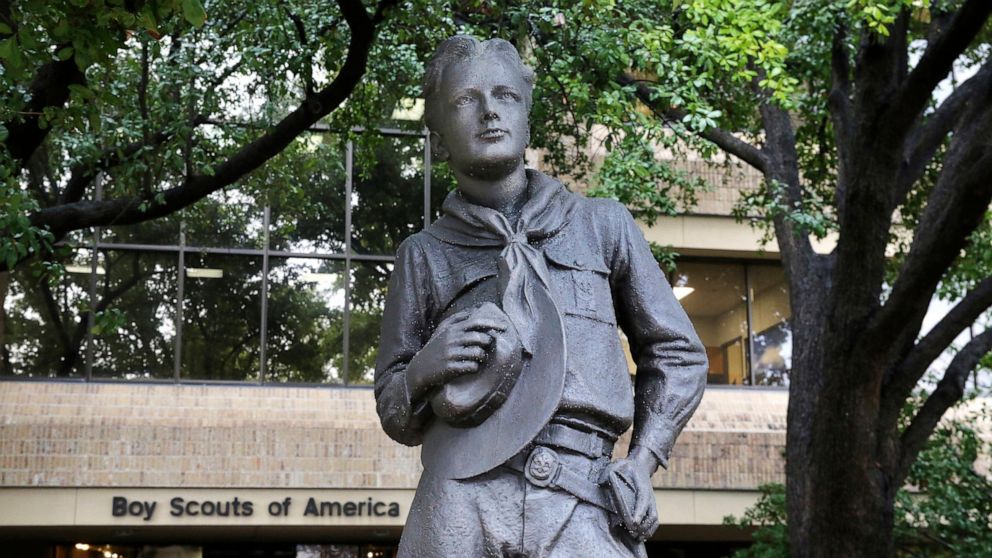 
DOVER, Del. — More than two years after the Boy Scouts of America filed for bankruptcy protection amid a spate of child sex abuse allegations, a judge began a lawsuit Monday to determine whether to confirm its proposed reorganization plan.

The trial in U.S. bankruptcy court in Delaware is expected to drag on for several weeks as attorneys and witnesses wrestle with complex issues. They include insurance rights, liability waivers, the value of some 80,000 child sexual abuse claims and how so many of the claims were filed.

The Boy Scouts, based in Irving, Texas, filed for bankruptcy protection in February 2020 in a bid to end hundreds of individual lawsuits and create a fund for men who say they were sexually abused as children. involved in scouting. Although the organization faced 275 lawsuits at the time, it was the subject of more than 82,000 sexual abuse complaints in the bankruptcy case.

The reorganization plan calls for the Boy Scouts and its approximately 250 local councils to contribute up to $786 million in cash and property and to allocate certain insurance rights to a fund for abuse claimants. In exchange, they would be relieved of any further liability.

The BSA’s two largest insurers, Century Indemnity Co. and The Hartford, would contribute $800 million and $787 million respectively to the indemnity fund. Other insurers have agreed to pay about $69 million. The organization’s former biggest troop sponsor, The Church of Jesus Christ of Latter-day Saints, commonly known as the Mormon Church, is reportedly paying $250 million for abuse claims involving the church. Congregations affiliated with The United Methodist Church agreed to contribute $30 million.

Troop-sponsoring organizations and settlement insurers would also be released from further liability in return for their contributions.

In total, the compensation fund would total more than $2.6 billion, which would be the largest comprehensive sexual abuse settlement in US history. The average recovery per plaintiff, however, would be significantly lower than other sexual abuse scandal settlements involving large numbers of victims. The University of Southern California, for example, last year agreed to an $852 million settlement with more than 700 women who accused a longtime campus gynecologist of sexual abuse.

The BSA plan faces objections from several opponents, including the US bankruptcy trustee, who acts as a watchdog in such cases to ensure compliance with bankruptcy laws.

Opponents argue, among other things, that the liability waivers for non-debtor third parties — including local BSA councils, insurers and troop-sponsoring organizations — violate the due process rights of abuse plaintiffs and are not allowed under the bankruptcy code.

Several insurers who have not settled are maintaining procedures for distributing funds to abusive claimants are violating insurers’ rights under policies they have issued and would allow payment of claims that would not win damages in civil lawsuits. .

Desai, a former Eagle Scout, ended his direct questioning of BSA attorney Michael Andolina by noting that he had personally benefited from “all the good things the Boy Scouts stand for.”

“I recognize that not everyone has had that quintessential experience that I’ve had the advantage of having,” he said. “Sitting here on behalf of our organization, I’m sorry. We are sorry. But let that not distract us from the realities of all the great things that are happening in the Boy Scouts of America.”

Lawyers for opponents of the plan spent several hours asking Desai questions about the drafting of the plan and related settlements, as well as the abuse plaintiffs’ vote and the value of their claims. He was also asked about disclaimers for Boy Scout entities and third parties, and the challenges the organization faces. These challenges include 45 years of membership decline and a current membership equal to what the BSA had in 1938.

Desai was also asked about the $266 million the BSA has spent so far on professional fees in the bankruptcy – money that will not be available to compensate victims of abuse.

“It’s been an expensive process, and we’d like to end it,” he said.

The lawsuit comes just weeks after the Boy Scouts announced a settlement with the official abuse plaintiffs committee appointed by the US bankruptcy trustee to represent all survivors of sexual abuse.

The committee has long argued that the BSA plan was “grossly unfair” to victims of abuse, but said last month it had won significant concessions.

The revised plan, for example, allows abuse plaintiffs to sue insurance companies and local troop-sponsoring organizations, such as churches and civic groups, that don’t reach settlements within a year of the lawsuit. entry into force of the reorganization plan. It also includes enhanced child protection measures and provisions to ensure independent governance of the compensation fund.