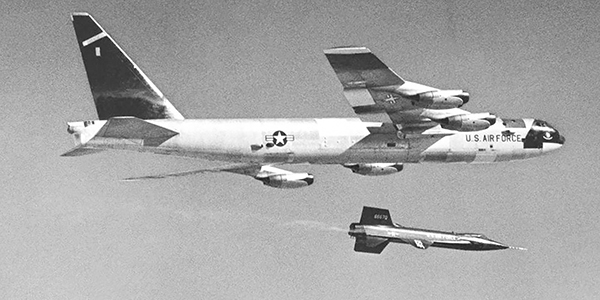 Reclaiming America’s technological advantage in hypersonics is a strategic imperative. Accordingly, the Pentagon has called for advanced hypersonic technologies to counter the threats posed by our great adversaries. The recently disclosed Chinese flight test events and Russia’s use of hypersonic missiles in the ongoing conflict in Ukraine reaffirm the urgent need for the United States to accelerate testing and prototyping of hypersonic capabilities.

Pentagon leaders describe leapfrogging technologies as new, cost-effective capabilities that provide a significant combat advantage to the combatant that it will take an opposing nation years to counter. A recent roundtable between industry and Pentagon leaders identified the need to expand access to modeling capabilities and testing facilities to adopt a “test often, fail fast, and learn” approach that accelerates implementation. in service of hypersonic and counter-hypersonic systems.

This test-fail-learn approach should focus on flight-testing technologies on low-cost testbeds. The recent success of the BOLT II flight experiment highlights the need for flight test data to anchor ground test approaches and physics-based simulations. Regular, routine and reusable hypersonic flight testing in the operational environment is a cost-effective and essential part of advanced technologies.

BOLT II demonstrated the utility of using a sounding rocket to quickly reach the high Mach speeds required by test objectives. However, testing must include the ability to follow operationally relevant trajectories that maintain test conditions long enough to collect the necessary data on new technologies being tested.

This type of testing must be performed often to allow rapid maturation of critical technologies such as on-board sensors, materials, and instrumentation, and to allow surface and space-based sensors to validate their ability to track hypersonic weapons. Additionally, operationally relevant trajectories flown in the hypersonic environment inform the development requirements and concept of operations for the warfighter. Additionally, testing with operationally relevant trajectories allows for improved tactics, techniques, and procedures for both offensive and defensive systems.

The United States once excelled in this type of testing. For example, from 1961 to 1969, the reusable X-15 made 199 flights, 112 of them at hypersonic speeds. In a 1966 paper titled Survey of Operation and Cost Experience of the X-15 Airplane as a Reusable Space Vehicle, James Love and William Young concluded: “The cost of refurbishing the X-15, which is 3% of the cost a new X-15 for each flight [estimated to be $8M in 2022 dollars], demonstrates an advantage of reuse. Today, the estimated cost of flight testing an expendable hypersonic prototype ranges from $60 million to over $100 million per test. The conclusion seems clear and logical: reusability translates to affordability, and the United States needs a reusable, low-cost hypersonic testbed that performs realistic operational trajectories at a high operating tempo in order to “jump forward”.

The primary responsibilities of the Department of Defense are to protect the nation, support our allies and partners, and deter aggression. No US department or agency does more to fulfill these responsibilities. However, the current global hypersonic competition poses an urgent threat to national security. Regular, routine and reusable flight testing will greatly accelerate progress in US hypersonic testing and prototyping is essential to counter this threat.