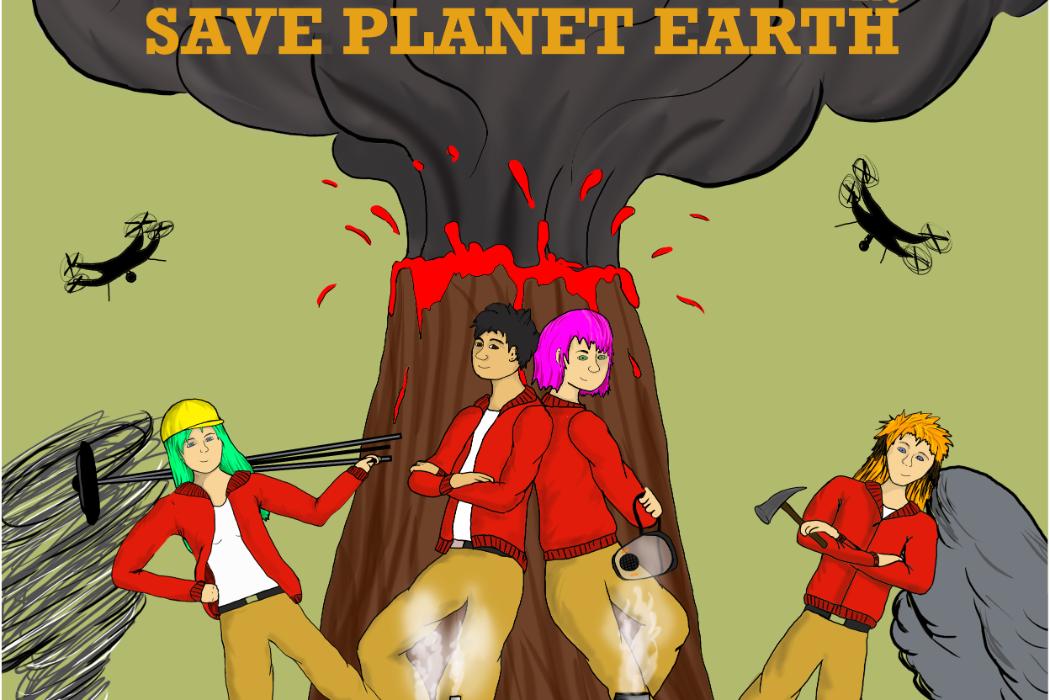 Scientists combine technology, art and role-playing to show teens the power of Earth

Scientists at an exciting high-tech game called “Magma Drillers Save Planet Earth” combining special effects, science, art and storytelling. The objective behind the development of this game is to help high school students understand the power of the earth.

The game incorporates story, 3D programming, video technology, 3D imagery, comics, and geography to show high school students the inner workings of volcanoes and the work of geologists and specialists.

3D geological visualization expert Dr Jonathan Davidson said: “A group jumped out of their seats to celebrate when they got the right answer. It was really exciting to see it all come together and see them having fun. Hopefully this has inspired some of them to think about a career in science or engineering in the future. “

UC volcanologist Associate Professor Ben Kennedy said, “The game allows students to experience science through educated play and by becoming the stars of the game. Students ultimately have to figure out how.” save the planet ”by safely finding and extracting renewable energy from a volcano. It puts students in the role of geologist or engineer, saving planet Earth from potential environmental disaster.

Dr Davidson said: “We thought it would be really cool to try and reproduce 3D holographic effects in the classroom, especially to inspire the younger ones and get them excited about geology and how it makes a difference in the world. world.”

The game sees students working in teams of four to take on the role of scientists or engineers trying to drill into a magma chamber to extract its power. Each member of the team is assigned a position (geophysicist, environmental risk manager, vulcanologist or drilling engineer) and watches entertaining videos related to his role.

Team members then share their knowledge, as real scientists and engineers would, to identify things like location, depth and budget to drill. They enter their answers into an online form. At the end of the game, they can see the consequences of their proposed solution visualized in a 3D hologram.

Dr Kennedy said: “His characters are a bit silly and hopefully make the students laugh as they learn, but we also hope there is some excitement.”

“Drilling too deep could cause a blowout and kill everyone. But, do it right; and you can cool the magma chamber, reduce the risk of a large eruption, generate renewable energy, and save the earth!

The project received funding of $ 30,000 from the 2017 Unlocking Curious Minds funding round, administered by the Ministry of Business, Innovation and Employment. UC provided in-kind support through staff time, use of equipment and facilities.

UC scientists hope to share the game with other schools, museums and educational centers in New Zealand.